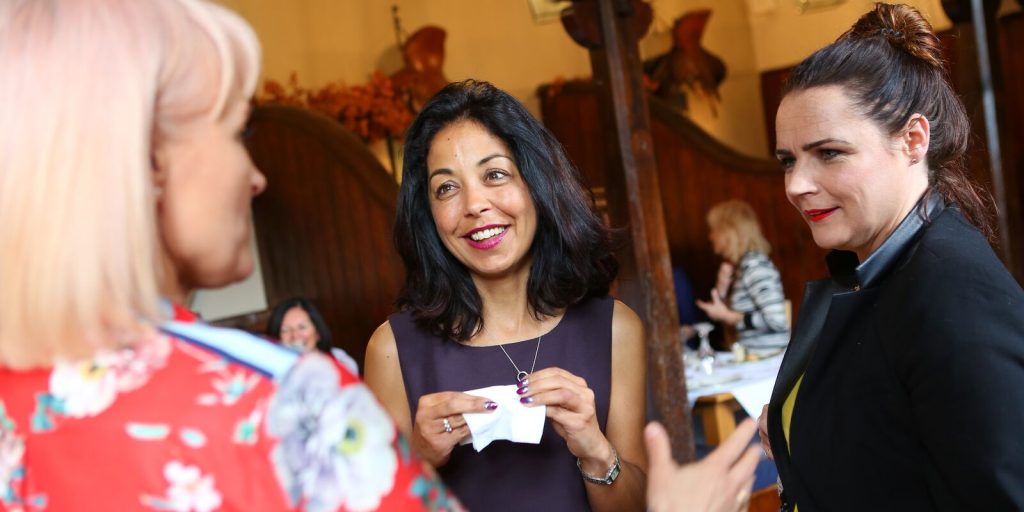 The networking story continues, are you suffering networking fatigue?

When we first start networking, we seem to have this fear that if you are not seen at every networking event, that you are definitely going to fail in business.

It is a pattern I fell into and have seen the same frenetic networking activity, repeated by many people starting new businesses and it is still occurring now. There seems to be a distinct networking lifecycle, not everyone follows the same pattern, but many more do.

When you attend events at the start of your networking journey, others will say, ‘oh you are everywhere!’
There is the ‘networking queen’ title that gets banded about.

You wonder whether it’s a good thing that people are noticing how very visible you are and you hope that they mean it positively, but there is a small worry that you may be over doing it in terms of exposure, yet you carry on regardless, the fear of missing out overrides any concerns.

You put on weight due to the breakfast, lunch, afternoon tea and after hours networking events that you squeeze into one day.

You are so busy networking that there is no time for actual working.

There is little time to follow up with the people you do meet at all the networking events.

Of course, you need also to bear in mind that when you first start networking you are pretty much learning the ropes. You feel you have to do it, but initially most of us probably start doing it without much of a plan.

It takes a few events to just build your confidence and then you can start being much more strategic about networking. But those first few events are really just about understanding what networking is and where you see it might fit into your business plan.

You almost need that baptism of fire to be able to create your networking strategy.

What is fascinating after the initial whirlwind is that you start to recognise a pattern and I have certainly witnessed others on that same networking cycle. Of course, that immersion in networking when you first set up your business can of course pay dividends and if you manage to establish yourself as to the go to expert in your field, that time energy and effort can be the kickstart every small business needs.

Interesting too then to witness the step back.
The realisation that you cannot continue at that pace particularly since work is actually starting to role in and you need time to see new clients.

What becomes interesting too is when you step back and monitor the results of your networking over the previous year. What were you hoping top achieve and what dod you achieve? I believe it is different for all sectors and  all businesses.

In terms of gaining clients, for me personally it takes about a year from first meeting someone at an event to them then becoming a client.

It really is a case of truly knowing liking and ultimately trusting that person before they engage your service. It is important to build those relationships, have one to one meetings and start establishing trust.

The cycle I have witnessed is that many stick with the multi group networking for just over a year. In that year, you can build a strong network and make some fantastic relationships.  However, attending that number of events is no longer sustainable because clients have grown and the operational needs of the business are greater.

As such networking becomes much more focused almost because it must.

The question you find yourself asking is will it matter that I am no longer everywhere all the time? What will be the knock on for business down the line having initially built the client base from networking?

Yes it’s scary but like everything in business it is about trial and testing.

Does a week without attending a networking event have a direct impact on your business?

Have you been able to identify the benefits to your business and you of your networking activity?

How many clients came as a direct result if attending networking events?