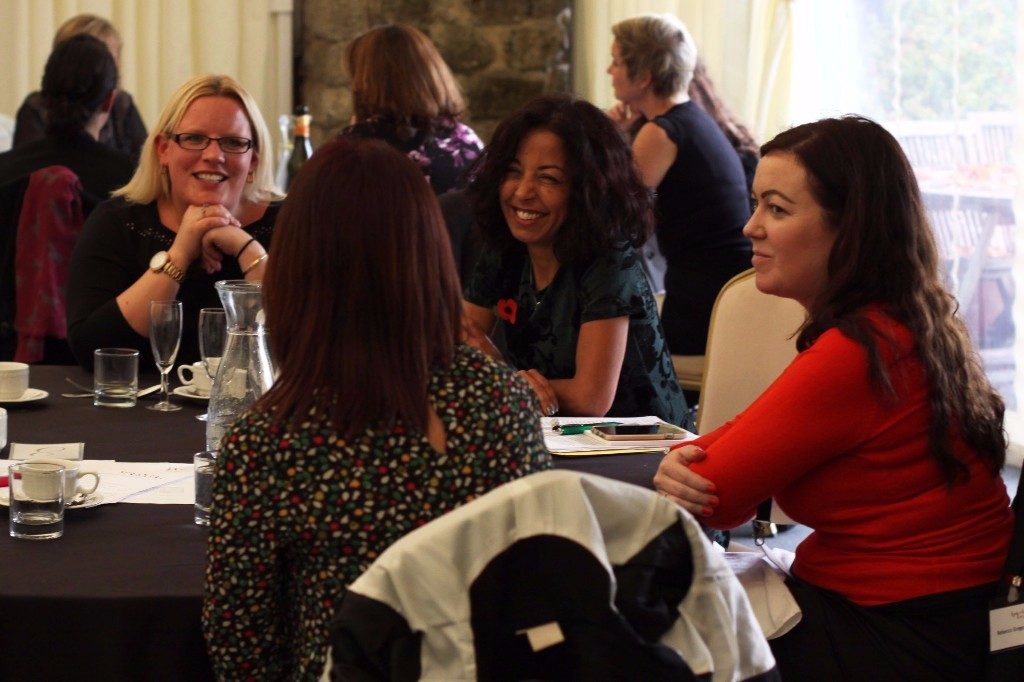 The main reason holding back women from going to networking events is Fear.

So what do we do instead? We let the fear take over, we do not go to events and so as a result we miss out on opportunities.

One reason men are more likely to embrace networking than women, is that they do not feel the need to have the ‘perfect’ box ticked for absolutely everything before they are ready to give something a go.

Women’s procrastination is often based on the need for perfection in every area, which is one reason many women are more comfortable with women only networking, particularly when first starting out in business.

Research shows that women’s only networking feels more like a safe environment and
so for women taking that first step into entrepreneurship it is an invaluable way to share knowledge, meet new contacts/friends/experts, and build relationships and access new opportunities, services and support.

Fear of failure is often about lack of confidence as opposed to actual lack of skill and networking is a brilliant way to build confidence particularly when starting out in women focused groups.

So what exactly is Networking?

“The process of developing and activating your relationships to increase your business, enhance your knowledge, expand your sphere of influence or serve the community.“

BUT networking takes time, it is not a quick fix.
The benefits are worth the time and effort, you will get so much back from what you put in.
Benefits:

In general, networking now, as opposed to a few years ago, tends to be less about selling and more about sharing.

Rarely does someone go along to a networking session wanting to buy anything so as long as you don’t go hoping to sell anything you will not be wasting your time.

In my experience, networking is about unconditional support and for me, being able to connect people with other likeminded people.

For most women it is really is about ‘connecting’ first and foremost.
I have established some incredible relationships through networking, meeting new interesting people, learning loads,
established close friendships and most importantly of all, I have been able to connect other people meaningfully.

It is that old adage that if someone does something for you, you feel as if you really want to do something for them in return with bells on and likewise people will want to help you too.

But isn’t networking outdated now we have technology?

Can’t we just now sit behind our computer screens and network online in our pyjamas?
I have been asked if networking face to face is still relevant in 2017 particularly if we embrace the new technologies that the digital future offers.

Digital is essential for future growth and it enables us

Technology makes this process simple and streamlined.
But research shows that a face to face meeting has the highest value interaction possible,
that trust is established through face to face relationships and although social networking has a huge part to play in relationships, the quality of networks are determined offline.

For people to refer you they tend to need to have actually met you.

So whilst hiding behind the computer might seem less scary, there really is nothing to be scared of when it comes to networking. It really is just having a chat and sharing your wisdom with the world.